Last year, Netflix’s “13 Reasons Why” quickly gained the attention of viewers as well as the concern of parents and mental health professionals. While some argue that the show is helpful in starting conversations on sensitive or taboo topics, such as suicidal ideation, others were concerned that the show’s depictions are harmful to its viewers, particularly those with mental health issues. With season two newly released, here are some potential new concerns that need to be addressed.

The scene in which Monty and two other athletes sexually assault Tyler in the school’s bathroom is incredibly brutal and beyond graphic. This scene is hard to watch for anyone, even more so for someone who would find that kind of scene triggering. It did not seem essential to the story progress, rather adding violence possibly just for attention the way Hannah Baker’s suicide scene did for season one. While it is noted that this is a rare scene in that it is depicting a male sexually assaulting another male, the nature in which it is filmed is traumatizing. 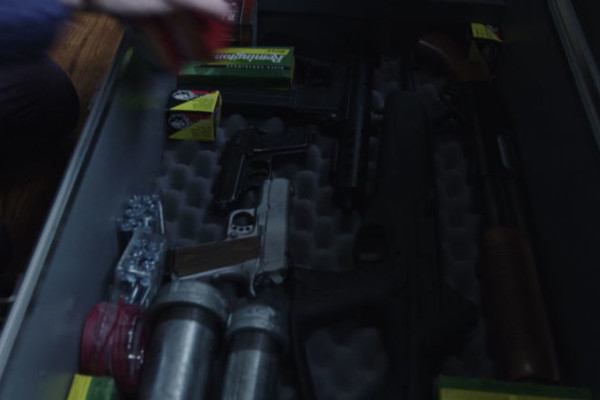 Given the foreshadowing of the final episode of season 1, a school shooting was likely in the second season. Throughout the new season, the cliche story line of an isolated, bullied individual plays out. There is Tyler’s growing obsession with shooting paired with the escalating need for revenge. What starts off as small pranks grows to vandalism, then the dangerous desire for an even bigger form of payback to his peers. The scene in which Tyler gets sexually assaulted seems to be the last straw, leading to him packing up many guns and heading to the school dance. Even though the shooting did not actually take place, the fact that it escalated that far seems very dangerous, especially given how common such events are in this country these days. Tyler is a character with hardships that many isolated or bullied teens may relate to, so this ending was very dangerous. 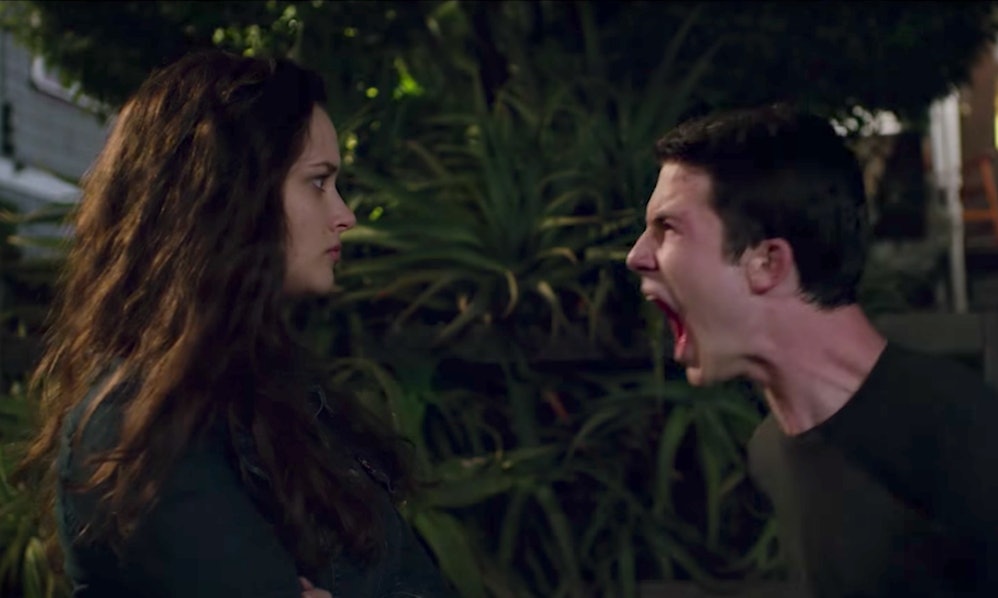 3. Clay and Fixation on Hannah’s Suicide

In thought that season two would move past Hannah’s suicide, given that it seemed all wrapped up in season one. Instead, it dragged out her story. Clay even interacted with Hannah, actually seeing and hearing her.

Experts say that portrayal of suicide was not the producers’ only dangerous mistake — a far bigger issue is the way Baker is given authority, power, and essentially a second life after her death. “There was a kind of romanticization, and at the core of the story was this idea that you can kill yourself and be dead and yet not really be dead,” Don Mordecai, Kaiser Permanente’s national leader for mental health, said. “Because, of course, [Baker] continues to be a character — she’s in scenes, and she’s still there in many ways.”-Business Insider

While the other characters seem to think that Clay’s actions are out of love for Hannah, he seems incredibly obsessive and to be spiraling out of control. This is not moving on in a healthy manner at all. Instead, it is fixating on revenge to those who may have hurt Hannah, including aiming a gun at a character. At one point, he even aims a gun at himself, an action that is not brought up again. He clearly needs professional help, yet does not seem to seek it at any time during the show.

The students struggle with many issues, from bullying to rape, yet rarely get help. Even when threatened, they try to deal with it themselves rather than go to an adult or the police (or when they go to an adult it ends up not helping at all). This even continues to the final scene of the season, in which Clay decides to handle a potential school shooting himself rather than call the police. He is not equipped to handle such a situation, putting not only himself at risk but also the lives of every student. 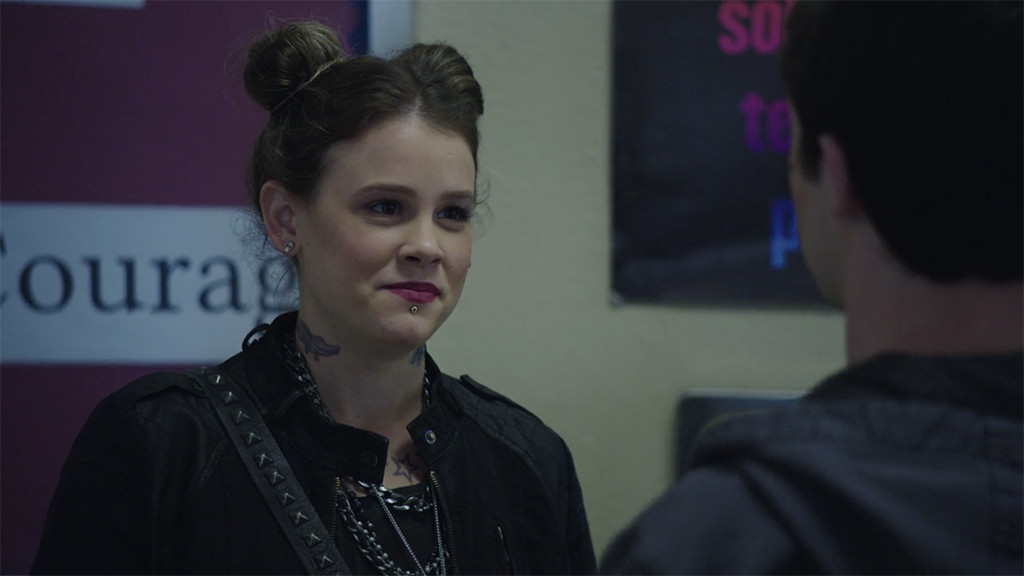 Skye, Clay’s new girlfriend, after being hospitalized, reveals that she has been diagnosed with bipolar disorder. The conversation between her and Clay is very brief, but I think it actually does not portray the condition correctly at all. When describing mania, Skye refers to the incident in which she tried to inappropriately grab Clay underneath the dinner table while eating with his parents. While hypersexuality and risky behaviors are features of mania, Skye does not appear manic at all during that scene…

Specific Symptoms of a Manic Episode:

“In order for a manic episode to be diagnosed, three (3) or more of the following symptoms must be present: 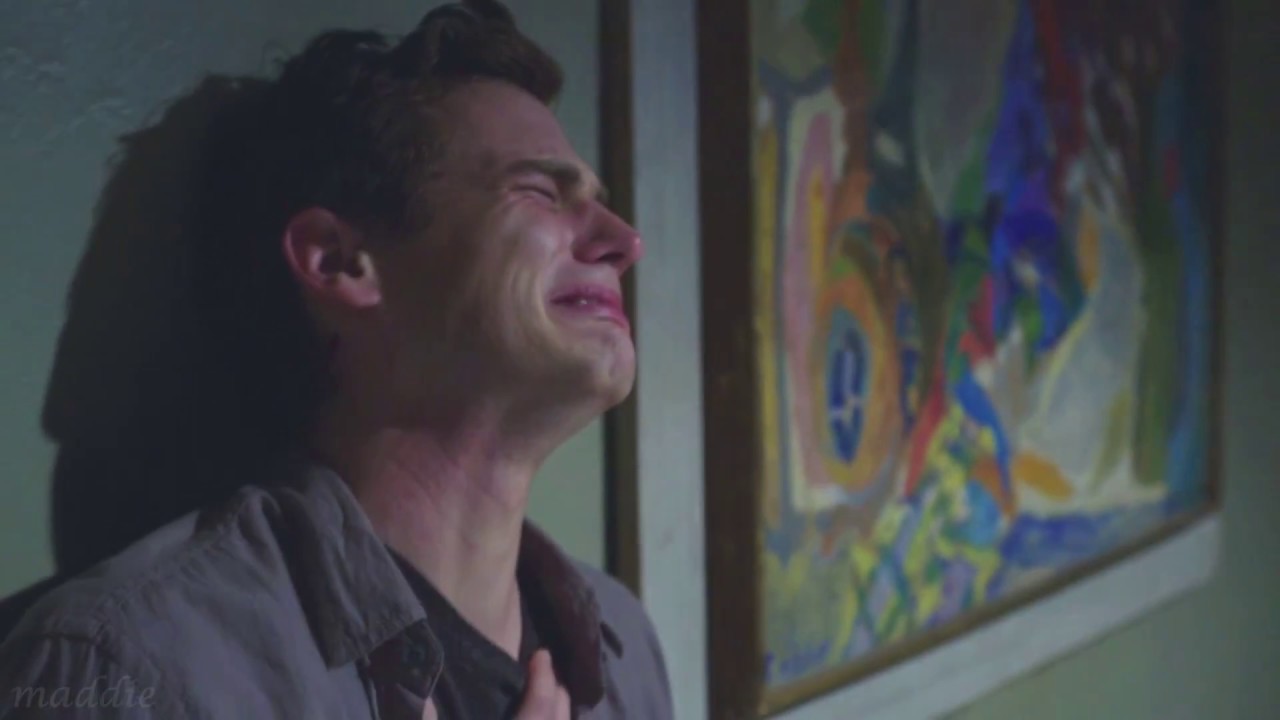 The fact that the students are keeping Justin secretly hidden away in Clay’s room when he clearly needs medical attention is harmful. Dealing with addiction is beyond the abilities of those characters. He needs professional help, especially when he overdosed.

The premise of the show is the reasoning as to why Hannah Baker killed herself. In the first season, Hannah herself gave 13 reasons, blaming people such as those involved in rumors, bullying and rape. The second season centers around a court case between Hannah’s mother and the school to figure out if the school is responsible for Hannah’s death. The case brings up the possibility that others may be responsible, such as her parents, the counselor, or her peers. However, how helpful is it to fixate on blaming one person or another for the tragic outcome?

It seems as if this show is trying to cram in every single issue that a teen could struggle with: sexuality, consent, teen pregnancy, drugs, alcohol, addiction, suicide, school violence, bullying, depression, blackmail, and rape, among others. It isn’t possible to portray all of these in an appropriate manner. There is simply too much going on in one chaotic high school, not at all a realistic portrayal.

Is the show helpful to its viewers or harmful? What do you think? VOTE! 🙂

Check out this article & others at The Mighty!

In response to comments I got on this article, I wrote a 13 Reasons Why Season 2: Reaction Post (specifically on Skye/Bipolar Disorder) if you are interested in reading on!